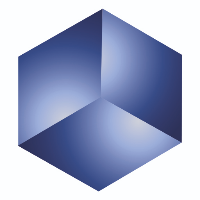 All of the programming in FactoryStudio consists of C# or Visual Basic 100% managed code that is designed to run in the Microsoft .NET framework. These languages are used to create scripts that run periodically or when specified events occur. The following sections describe how to create and work with these scripts:

For more information about the runtime objects included in FactoryStudio, see the RuntimeObjects.pdf

Tasks are program units, written in VB.Net or C#, that execute either when a trigger event occurs or periodocally at specified intervals. FactoryStudio includes the following built-in tasks:

Classes let you create a repository of class libraries, methods, and functions that you can use across the application. You can call them from tasks, other classes, and displays (code behind).

Working with the Code Editor

You can write code in either standard VB.Net or C#. You can also switch between the two. If you change your language selection in the code editor, the system automatically converts existing code to the selected language.

If you need references to your own assemblies, you can use Run > Build > References.

As a fully compliant .NET application, you can find free source code to use, including .NET components, products, and libraries. Plus, you can use your own libraries.

FactoryStudio exposes many .NET libraries to the application, but there are a few methods that are frequently required, such as type conversion, copying tags to DataTables and .NET objects, or dynamically changing the communication settings. Those methods are included in a library toolkit. To use these methods, you need to put TK. in the code editor. IntelliSense will respond with a list of all available methods and provide a summary documentation for any method you select.

FactoryStudio has an integrated .NET code debugger. In order to use it, the local computer must have a cache with the necessary files to run the debugger. The steps to enable the debugger are:

In order to have a .NET debugging session, the engineering environment must be connected to the runtime, and the .NET debugger must be attached to server or client process. Follow these steps.

In order to setup a breakpoint, open the desired code, select the line, and press Insert Breakpoint on the toolbar.

When the system stops on a breakpoint, you can perform step by step execution or hit the continue button.

In order to inspect local .NET variables, tags, or project objects, select the text in the script editor. When the execution is stopped on a breakpoint, the toolkit will show the current value of the variable.

Besides the Edit > Script > Expressions table, you can use expressions in several other places in FactoryStudio by using the syntax described here. This can be done to determine a value or to configure a condition.

Expressions are plain VB.Net expressions, such as arithmetic expressions or calls to script.class methods from the project. IntelliSense only shows tags and application objects, but the expressions are compiled using the standard VB.Net compiler. Whatever you would write in the code editor should be accepted in expressions as well.

FactoryStudio implements automated replacements, such as == to =. The syntax of an expression is close to that of a C# statement but without a need to add the “;” on the end.

In this way, both VB.Net and C# programmers are able to use the expression fields seamlessly.

In expressions, you do not need to put an @ before tag names. You need the @ in the code editor to differentiate project tags from .NET variables. However, expressions do not have local .NET variables, so you use the project object directly.

For arithmetic operands, use the standard operands as described in the .NET documentation.

To allow single-line evaluations, the .NET language has the IIF command, which currently is used only with VB.Net. The IIF command has three parameters.

The first parameter is a condition. This method will return B if condition A is true, and it returns C if the condition is false.

The IF or IIF methods need to evaluate the parameters before calling the method. There are many scenarios where you may want to execute only the function according to the value.  For these scenarios, FactoryStudio has a method called TIF.

Only the Func1() or Func2() will be executed, according the value of Tag.A

The TIF method is defined in the class library that is automatically exposed to expressions that are in the toolkit function library.

For more complex calculations, you can call a class that you create on the Classes tab. See "Configuring Classes" earlier in this chapter.

The namespace Script is the entry point for all objects related to the Scripts module.

The Script.Task object lists all configured database connections and their runtime properties.

The Script.Class object lists all configured tables and its runtime properties.